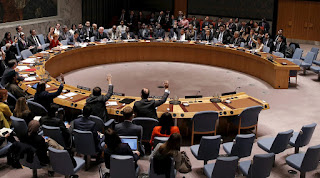 UNHRC vote on Russia out, Saudi Arabia in — ‘shocking and shameful’

Saudi Arabia was successfully re-elected, despite its domestic and external human rights record. Beheadings are common practice in the country, with more than 150 people killed this way in 2015 alone, according to numerous human rights organizations
RT 29/09/2016

Congrtulations UNHRC! You have done a very good "choice"!
A very good job!

With your fucking principles of Human Rights Respect (where are they?), your support to the most pre historic and criminal state in the World called Saudi Arabia, you have shown that you only respect, like dogs, the orders from criminals and gangsters who founded organizations similar to yours, for piracy purposes in the world, against peoples and countries.

You know, because you are the main starters, that this piracy is born and feeded by some european countries and USA, this last one the true ell in Earth, off course!

By shamefully rejecting Russia and voted for Saudi Arabia, you UNHRC will be responsible for the next crimes that this state will continue to provoke in Yeman and their support to the ISIS in Syria and Irak (anyhow, like have done already).

Your inhuman attitudes never deceived me and today I am honored and proud to call you without any fear, the greatest scoundrels of humanity.

One day you all will pay for it, damn, shame on you!
at 11:44 da tarde Sem comentários: 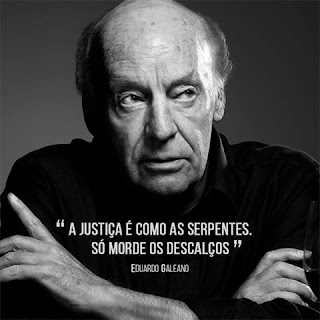 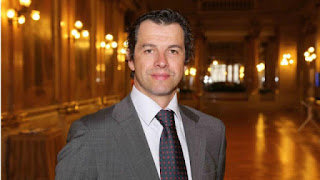 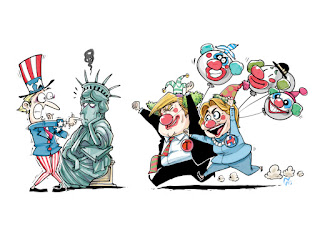 Very bad times are coming ahead for US if Trump or Hilary wins the upcoming elections.
Both of them are completely unfited for the biggest nation high office.
If Trump is completely expropriated, without any governmental practice, worst will be for sure Hilary; no competence and above all malevolent and dangerous character person!

Make Devil a choice, but please, do not let them rule for long time.
In order to breathe some peace, in the mean time, the rest of the World must try to stop them if joining the some moral principles!

Trump is a nightmare, off course, but Hilary will be and cause an human hecatomb as irresponsible, with cold and gray eyes.
Like a white shark!
From RT 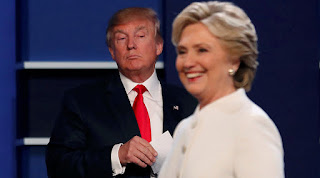 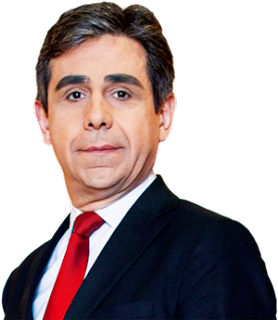 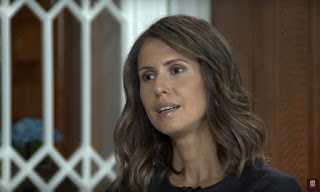 Asma al-Assad: from Syria's 'desert rose' to 'first lady of hell'
Bashar al-Assad’s wife has spoken about her ‘pain’ at the conflict but few believe she can be oblivious of husband’s brutal regime.
The Guardian 21/09/2016

"This", above referred, is an article about Asma al Bashar, wife of Syrian President Bashar al Assad from a newspaper self called independent; The Guardian!

According to the "independent" daily journal, Asma, previously described as Syria’s “desert rose”, now is the “first lady of hell”.

The arrogance and the lies which are to be spread by those who read this tendentious newspaper, when reaches a certain level, enters in the world of stupidity or wickedness.

In this case, I want to believe that the second hypothesis is the most real, although the first one it is not, to neglect (in some aspects is clearly there).

Today unfortunately the western media is abundant in imbeciles and idiots that assumes to know and transform virtual trues in realities and vgice versa, despite what realy happens in the mad World, which responsability goes directly to those who now claim cats and dogs.

Claims like dogs against the brutality of the regime of her husband heads.
They do not claim against the ISIS or Al Shura terrorists (who are supplied with guns and materials by Western).

Claims against the brutality of bombing Allepo with barril charges.
They do not claim if the pre historic Saudy Arabi regime use the some system in Yemen (Saudi Araby is fueled in weapons and technology by the Yankees and the always self proclamed democratic and respectful of human rights UE.

Asma and her husband never break away from Syria even in the worst hours and worst times like many others cowards have done.

Always was at Bashar al Assad side as his wife and patriot, something that the usual kind of imbeciles journalists do not understand and never have been educated so.

For me today more than never Asma is and will be the true Desert Rose, based on the respect, the love, the empathy and the patriotism she has offered to the Syrian People who is fighting against the biggest Western piracy has created after the crimes against Irak, Yeman and Lybia.

I deeply hope Syrians with the dedicated help of Iran and Russia, may one day finish this war and deliver who are and who was responsable for so many crimes in one sincere and righful TPI (not according to an undesirable and tendentious standards we have today).

In relation to articles like these jerk, written on top of the knee, as we usualy say in my country, the best away is forget and send it to the trash.

This is may sincere opinion.
at 1:58 da tarde Sem comentários: 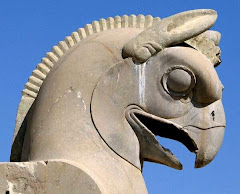 A quem me visita.

online Obrigado por me visitar mesmo que não simpatize com as minhas ideias! Thank you to see me, even if you do not like my ideas.